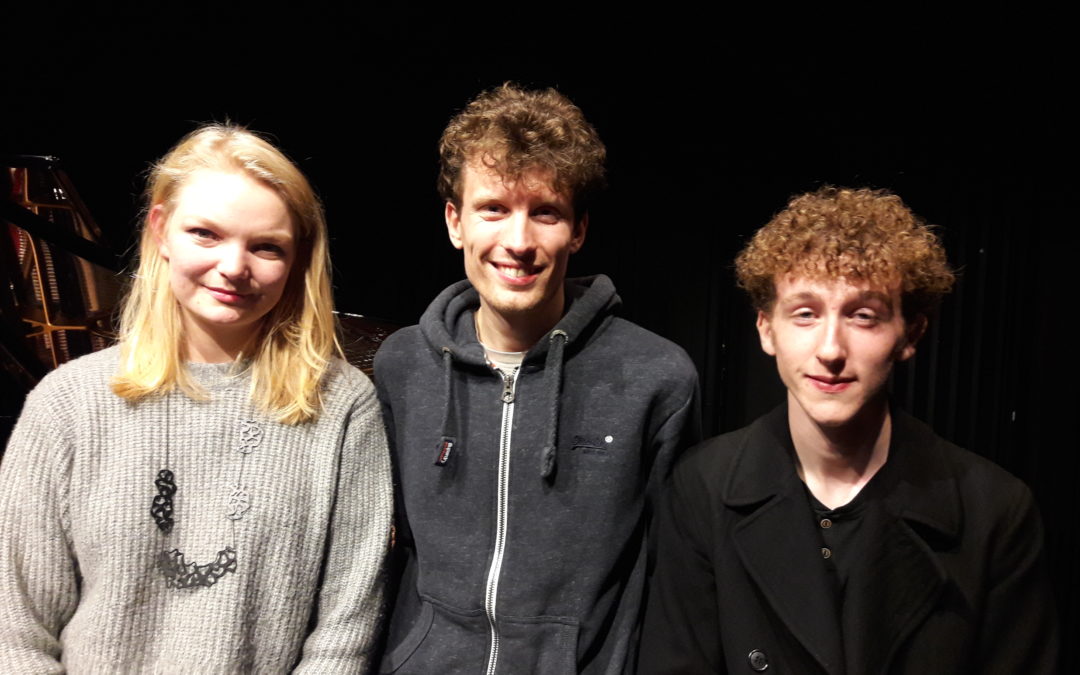 We are pleased to announce the 3 winners of this year’s Philip Bates Prize for Composers and Songwriters.
From left to right they are: Georgia Denham, Rob Laidlow and Kai Moohan-Shotan

The adjudication was as follows:The prize money of £1,000 was donated by Philip Bates Trust. Two equal prizes of £400 each were awarded, one adjudicated by the Philip Bates Trust (A) and one by Royal Birmingham Conservatoire (B), plus an audience prize of £200. The results were:-