Our Last Concert at the ABH 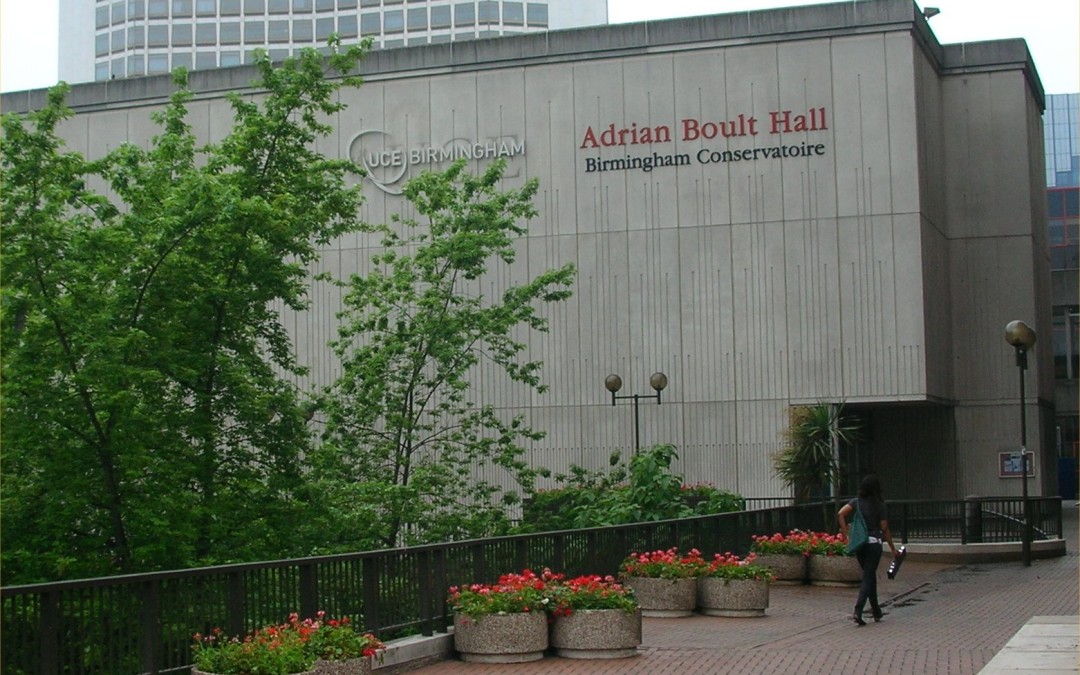 Our first Touch of Basil was held in the Adrian Boult Hall of Birmingham Conservatoire in September 2000. We were told at that time that we were unlikely to be able to use ABH for too long in the future because it was to be replaced. The concert on September 26th 2015 will be the last concert in Paradise Square for certain.
We have to say an enormous thank you to Birmingham Conservatoire for allowing us to use such a prestigious venue over the years. Over 1700 performers have taken part since 2000. They will have been inspired by Birmingham’s old Conservatoire; let us hope that further generations of young performers will similarly be inspired at the new venue in Eastside near Curzon Street Station, due to be completed in the summer of 2017.
This year we have a wonderful line-up of performers to suit all tastes from rock through to newly composed pieces from the 21st century.
Regular performers like Heart of England Singers and the Tom Walker Trio will be joined by winners of the Philip Bates performance prizes at John Willmott and Bishop Vesey’s schools and winners of the Ashleyan Opera and Philip Bates composing prizes at Birmingham Conservatoire.
We are delighted that Ex Cathedra Academies of Vocal Music are able to join us again and particularly welcome for the first time the Coventry Corps of Drums directed by Myles Nottingham. So please join us for the last concert at Paradise Circus.